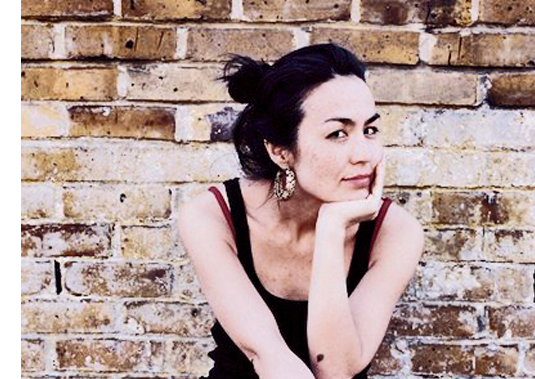 Jasmine Rodgers worked as the vocalist and co-songwriter for English alt rock group Boa while simultaneously obtaining a degree in zoology from the prestigious University of Roehampton in London. Rodgers has just completed work on her first solo album (titled Blood Red Sun) and was extremely gracious in sharing a few thoughts with jungleroom.com...

Are you a big fan of PRINCE? Do you have any thoughts (particular songs, albums, when you first saw "Purple Rain", etc.) to share?

I am a huge fan of Prince and have been since childhood. He was the beginning of adulthood for me and I think a really good role model-- he seemed to be about being consensual and having respect...really. Obviously since his passing, we've all had time to review his work and legacy and for me, seeing the video to Kiss as a child, seeing the main musician sitting there playing the rhythm guitar (Wendy Melvoin), seeing she was a woman...meant SO much. He always had great musicians around him, whatever their gender. I went to see him when I was thirteen and later about eight or nine years ago. He was an incredible dancer, incredible singer, incredible guitarist, a humanitarian and sexy as hell. He was one of those artists that I would look up on youtube and vimeo just to enjoy watching him. Err..., so yes, I guess a big fan...

What is the thought behind releasing the double single ("Icicles" and "Sense") in June and the album ("Blood Red Sun") later in the year?

Practicalities really, the range of the album is very broad in feel and we reckon having the two together represents better what is in store on the album. I had to push the releases back for various reasons but it's actually given me more time to work out what I?m doing which is great.

Is the album not finished?

Dan Carey is the album's producer--how did you find each other? What is Sean Genockey's role in your new projects?

Dan Carey produced the single Icicles and Sean Genockey went on to produce and mix the rest of the album, so Sean is the main producer here. Dan and I were actually neighbours, and got talking when we had to move our cars. He?s an exceptionally lovely guy and I love how Icicles came out sounding. Sean and I are old friends, and it was when I saw that he had been out recording in the desert that something really clicked. When it came to recording the album Sean was the one who got the feel of what I wanted and we had great fun experimenting with the sonic landscape. Roger Mayer works with Sean and uses his studio for research and development and so he had a lot to do with the warmth of the sound. I hope you like it!

How was your first solo gig in America (at Schmidy's Tavern in Palm Desert, California)?

Great fun! Eleni P. Austen reviewed the album and we've become mates so I got to hang out and meet everyone out there from Coachella Valley Weekly.

Is there a chance you will get back to the states this year? Maybe after the album launches?

Do you think you will ever visit the Memphis/Muscle Shoals/Nashville area?

That would be a dream!

Where did you get your degree in Zoology--what were your plans in that field?

University of Roehampton. I've always had an interest/passion for natural history and that really hasn't diminished at all. I needed to explore my passion and it infuses everything that I do. I wanted to inform myself more about the world and the things I care about.

What did your mother, Machiko Shimizu, teach you about poetry? Has it aided in your work as a lyricist?

I think it's given me a huge respect for the wordsmith. To condense everything into such a small platform takes real skill. Funnily enough though, I can't speak Japanese so I have never had the good fortune to read my mum's poetry, so I guess her actual way is poetic and i've learnt from that. I'm definitely a big reader too...

Do you miss BOA--being in a group?

Of course. It's a family.

..or are you more excited about a more independent approach in exploring the alternative/folk rock genre?

It's happened very organically. I hated my first solo gig though, I was half expecting everyone to pile in and start getting the teas on so it was really sad, just me kicking about backstage. Nowadays I have the lovely fortune of gigging at places with good people who are hosting or in the crowd ...so I'm learning that the family is there ...but has just gotten bigger!