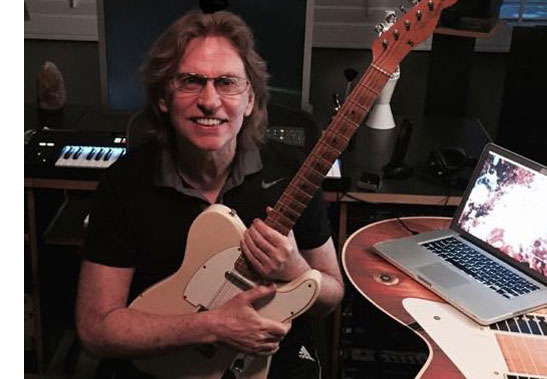 "I can't remember how exactly I got recommended to work with Dan but it was probably the amazing bass player TM Stevens. He also hooked me up with Little Steven and that's where I met my wife Zoe. Anyway, Dan called and asked if I would come up to Connecticut and of course I was thrilled. I had been a fan of his since he played with Edgar Winter (remember "Free Ride") It was a very relaxed atmosphere working at his home studio. He was fantastic at communicating his ideas because he was such a great guitar player himself.

It was just one session but I wound up playing on almost half the album. Dan was very cool about giving specific credits like "Pat Thrall-Power Theme guitar", etc. That's my credit on "The Best". He told me after Tina's album he was going to take a break for a while and get his health together. I didn't realize at the time he had AIDS. He passed way too soon. He was a sweetheart of a guy and an amazing talent. Actually I came back one more time and played on a record he did for The Scrooge Movie with Bill Murray."

Thrall explained that the "power theme" guitar part "was part of the arrangement. It's the guitar answer in the hook."